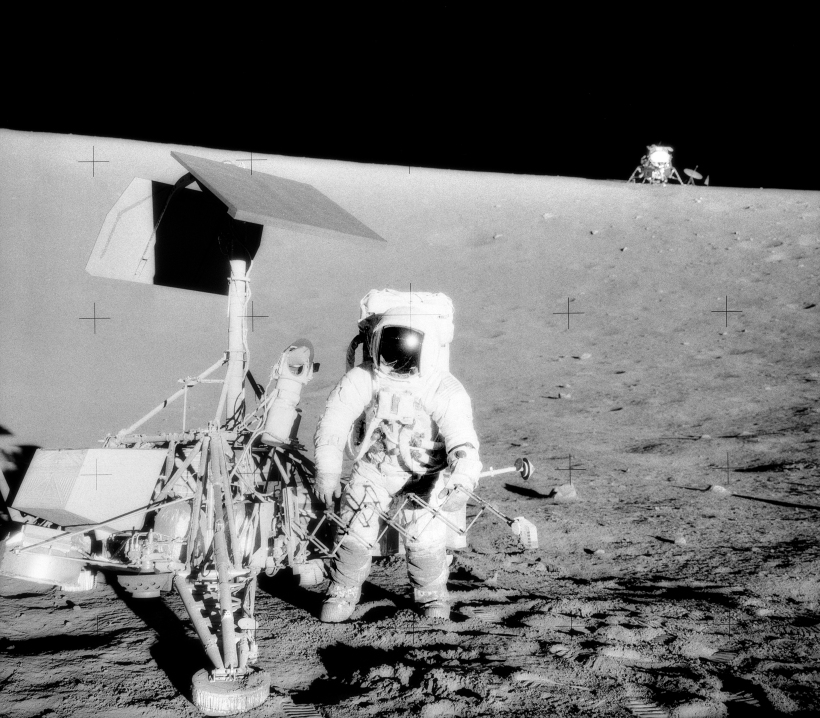 [I have updated this article again after previously re-releasing it when news of the death of Apollo 12 and Skylab 2 commander, Al Bean became widely known, although it had been announced a few days previously. With the death of Al Bean, just four Moon-walkers survive, the youngest of them, 83 years old. Al Bean was the last survivor of Apollo 12 and the first of the Skylab 2 crew to die. With him, yet another page of the book of history of manned space flight closes, while we do not know just when that book may re-open. I have taken the opportunity to make a few small, additional updates.]

One of the greatest features of a Herschel mission lunch in the canteen – although most of the Herschel veterans around the table have now moved on to other missions – is the remarkable conversations. A topic comes up and a bunch of scientists and engineers start ruminating on it.

These days the topic is unlikely to be directly about the Herschel mission but, for example, in the past we have seen our Mission Manager calculating on a napkin the radiation pressure on Herschel while eating a steak (it turned out that he got it right to within 10%!) Another day we were discussing the construction of Stonehenge and the same person suggested that given just the Herschel team and some ingenuity, he could transport both the giant Sarsen stones (quarried about 50km from Stonehenge) and the blue stones (a mere few tonnes in weight each) from South Wales, using only the tools available when Stonehenge was built: no needing thousands of workers for him! The perspectives for viable interstellar travel is a regular topic of conversation, as are doomsday scenarios for the Earth. Another regular topic is when – or even if – we might return to the Moon and, possibly, eventually get to Mars.

It was while we were reflecting gloomily recently that 2019 will mark the fiftieth anniversary of the Apollo 11 landing and we seem further from seeing a manned flight to the Moon than ever, that the topic came up of how many Apollo astronauts are still alive.

Twenty-nine astronauts occupied the thirty-three crew slots on the eleven Apollo Missions: four astronauts – Dave Scott, Jim Lovell, Gene Cernan and John Young – flew two Apollo missions, with Lovell being the unlucky one who flew to the Moon twice and never walked on its surface.

Of course, the astronauts who walked on the Moon are still big news. Last week John Young, Apollo 16 commander, died and, with Gene Cernan dying in 2017, Jim Lovell is the only surviving astronaut to have flown to the Moon twice. Since this original article was published, Al Bean has died at the age of 86, after a short illness.

Those twelve men who walked on the Moon are still remembered by a lot of people, at least, among those with an interest in space flight. Other missions and other astronauts though have been forgotten by all but the hardest space buffs. How many people can name the Apollo 7 crew who had the crucial job of showing that the Apollo capsule was safe to fly after the Apollo 1 fire? Or the Apollo 8 crew who had the job of testing the unproven Saturn V rocket and of ensuring that the big engine on the Service Module could be re-lit several times? Or the Apollo 9 crew who had to test the Lunar Module in low Earth orbit? Or the Apollo 10 crew who had the heart-breaking task of flying down to just over 15km from the lunar surface and returning without being allowed to try to touch-down? And what about the third man from Apollo 11: Michael Collins?

It turned out that none of us had any idea if Michael Collins was still alive and less still of the fate of the other early crews.

After lunch I did some research (frantic Google searches around the table during lunch on smartphones failed to settle the issue). To my surprise, I found that sixteen of the twenty-nine Apollo veterans are still alive today (now, of course, that has reduced to just fifteen), the youngest being Charlie Duke and Jack Schmitt, who are both 82 years old. The oldest Apollo veterans are Frank Borman and Jim Lovell at 89 years old when this article was written.

The entire crew of the historic Apollo 8 mission are still alive (the first mission of which I have really clear recollections, in particular the special newspaper supplement that published the best of their photographs of the lunar surface), despite having been told, a recent book reveals, that NASA gave them only a 50% chance of ever returning to Earth, as are the entire crew of that first Lunar Module test flight, Apollo 9. In contrast, the entire Apollo 14 crew, the least experienced of all the Apollo crews, is dead and, with the death of Al Bean, the entire Apollo 12 crew has joined them in memoriam.

And, of the twelve men who have walked on the Moon, just four remain now: Buzz Aldrin, Dave Scott, Charlie Duke and Jack Schmitt – one from each of the last three Moon flights and the second man on the Moon. Hopefully, most of them will live to see the fiftieth anniversary of Apollo 11 and, one imagines, will enjoy a huge celebration. It is unlikely though that any will live to see another astronaut walk on the Moon. The sad fact is that this diminishing band of Odysseuses of the modern era is likely to be extinguished long before we return to the Moon.

Here, for the record, is the complete list of Apollo crews that flew. I do not list the unfortunate astronauts who were assigned to flights and did not fly: the Apollo 1 crew who died in the launch pad fire; the crews of the missions that were cancelled – Apollos 18 (to be commanded by Dick Gordon, accompanied by Schmitt and Brand), 19 (to be commanded by Fred Haise, accompanied by Carr and Pogue) and 20 (for which no crew was named, but that would likely have been the Apollo 17 back-up crew of Roosa, Lousma and Weitz; the astronauts assigned to missions, who were later bumped-off such as Ken Mattingley, who was replaced by back-up Command Module Pilot, Jack Swigert  on Apollo 13, when it was found that he had been exposed to German Measles and Joe Engle (who was to have walked on the Moon with Apollo 17 and was replaced by Jack Schmitt when Schmitt’s assigned mission – Apollo 18 – was cancelled: Engle was deeply involved in the early phases of the Space Shuttle programme). Mattingley did finally go to the Moon, orbiting it with Apollo 16, but Gordon Cooper, back-up commander on Apollo 10, who was potentially to have commanded Apollo 13 and was replaced by Alan Shepherd in the flight rotation, never did get another flight: although Deke Slayton said later that he was never in line for a moonflight anyway – see the posting on the Mercury Seven astronauts to find out more). Similarly, there were the later missions that used Apollo hardware under other mission names (Skylab and Apollo-Soyuz).

As mentioned in the article, there were four further manned missions flown with Apollo hardware before the Saturn rocket and the Apollo capsule were finally retired. A modified Saturn V flew the Skylab space station into orbit, while the crews flew the Saturn Ib rocket that had previously only been used for Apollo 7. A fourth, manned Skylab flight, to be flown by Vance Brand and William Lenoir, was cancelled, while a fifth mission was available on stand-by, to be flown by Vance Brand and Don Lind, should a rescue of the astronauts be needed. Vance Brand thus had the unenviable record of having been named on the crew of three missions that did not fly (Apollo 18, Skylab 5 and Skylab 6), before finally getting a flight on Apollo-Soyuz!

Five Saturn Ib rockets were partially built or completed, but never used. Two of them are in museums and the other three were scrapped, although the third stage of one of the scrapped Saturn Ibs was converted into the Skylab space station. The ill-fated Saturn Ib rocket for the Apollo 1 mission was later flown, un-manned, as Apollo 5.

At a request from a reader, I have added the fate of the Skylab and Apollo-Soyuz crews here (note that the Skylab 1 mission was the final Saturn V flight, the un-manned launch of the Skylab Space Station):

Although Apollo-Soyuz is sometimes termed “Apollo 18”, it has no official Apollo number. Although the NASA numbering of the Apollo flights is not always logical, probably, more correctly, it could have been numbered “Apollo 21”.